Welcome to the world of Exactly Zero.
We are a new electro-rock (if that is a thing) band from Sussex, on the South Coast of UK.

There are two of us; Ollie Barron and Daniel Parsons.  We first met over ten years ago through a local music scene and during that time we have both been in other bands and musical projects.

But, two years ago outside the Northern Lights pub in Brighton we discussed making music together and then last November (2015) we started meeting up on a Thursday night in Daniels home recording studio; Beat Shed Studio.

Following that we have spent nearly every Thursday night locked away making music together and we are now gearing up to release our first single.  Alongside that we are finishing off our debut album which will be released in early 2017.

And … alongside that, we are starting to work on our live shows.  Both of us are itching to get back on stage and start playing these songs that we have spent a year working on.

So that’s us.  There is a lot more to come and we hope you like what you hear.  We are both really excited about this and look forward to seeing you soon.

In the meantime please to start following us on social media applications and get in touch if you need to. 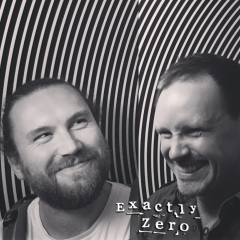